6 individual finalists in the 2023 NSW Secondary Schools Concerto Competition and the Multiples Section winners will perform their selected concerto with orchestra on Sunday 25 June, competing for prizes and opportunities in this prestigious annual event.

The competition is open to secondary school pupils in years 7-12 at schools throughout NSW and the ACT, attracting close to 100 entrants, eager to compete for a coveted position in the Finals Concert and for the prize money of up to $10,000.

Regarded as a stepping stone to national and international success, the competition has been held annually since 1984 and provides an invaluable performance opportunity for young musicians to showcase their talents as concerti soloists accompanied by orchestra. The list of previous winners reflects the names of many well-known personalities in the music world, such as Amy Dickson, Natalie Chee, Grace Clifford, Simon Tedeschi and Anna da Silva Chen.

Hear these talented young musicians give dynamic concerto performances and assert a vibrant future ahead for live classical music performance. 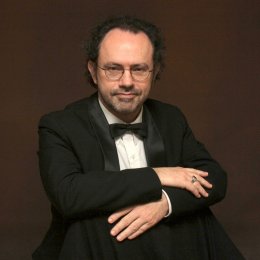 Dr Paul Terracini was born in Sydney and has enjoyed a career in Australia and internationally as an instrumentalist, composer, arranger, and conductor. He has held permanent positions as Principal Trumpet in the Australian Opera and Ballet Orchestra; Lecturer in Trumpet, Brass Ensemble and Big Band at the Queensland Conservatorium of Music; and Solo Trumpet in the Danish Chamber Players, Denmark.

As an instrumentalist, he performed as soloist in Australia, Europe, USA, and Asia. Within Australia, his solo performances included concertos with the Melbourne, Queensland, West Australian, and Tasmanian Symphony Orchestras.

Paul Terracini has appeared as an opera conductor at the German Rossini Festival in Bad Wilbad, for the Danish Bel Canto Society in Copenhagen, and the Storstroms Symphony Orchestra, also in Denmark. Since assuming the role of artistic director of the Penrith Symphony Orchestra in 2010, he has, apart from programming and conducting the symphonic repertoire, pioneered the performance of chamber opera in western Sydney. For many years he has been invited as a guest conductor/composer to music schools and universities in Europe, USA, China, and Australia. He appears regularly as conductor for the Conservatorium High School, in Sydney. As a choral conductor, he has recorded for ABC Classics with Ars Nova Copenhagen, and the Sydney based choir, Cantillation.

As a composer and arranger, his music has been heard throughout the world in a variety of genres, performed by, amongst others, the Prague Symphony Orchestra, the Australian Chamber Orchestra, the Chicago Symphony Orchestra Brass, the Danish Chamber Players, the Australian Brass Quintet, the Sydney Symphony Orchestra Brass, and at festivals and conferences on every continent. His music for the two part ABC television series, Hymns of the Forefathers, in which he developed many of the traditional English hymns into symphonic poems, received international acclaim and was released on CD and DVD by ABC Classics. His title music for the television series, Classical Destinations, which was produced for three seasons, was featured on the ‘Number 1 Classical Album of the Year,’ released by Decca.

His new CD, Paul Terracini: Music for Brass, was released on the Tall Poppies label in May 2015. On this recording, he conducted his own music with Sydney Brass, featuring members of the Sydney Symphony Orchestra.

Paul Terracini also holds a PhD from the University of Sydney, having earlier completed a Bachelor of Theology and a Bachelor of Arts (Honours). His book, John Stoward Moyes and the Social Gospel, was published in 2015.